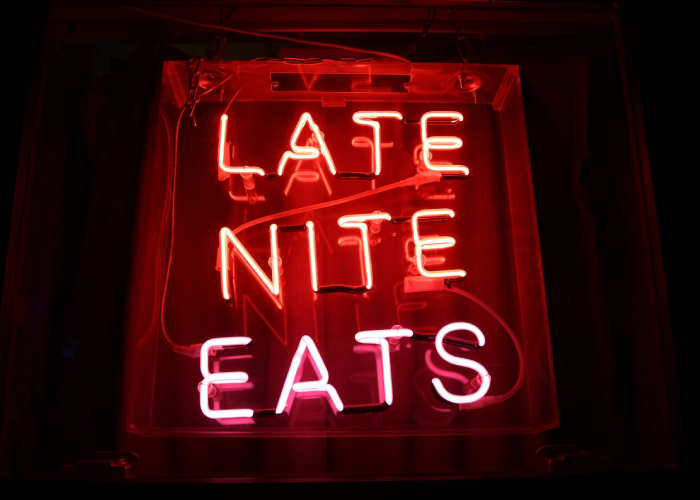 Never Waste a Night In London

London is a global city, which means it really never sleeps. If you’ve booked a stay at London Backpackers, then sleeping might seem pretty tempting, with the comfortable bunk-bed, the clean and secure room.
If you put your rucksack down and listen closely, you’ll hear the sound of a city that knows how to enjoy the nightlife. Nights out in London revolve around clubs, pubs, bars and theatres, at the same time they might also involve guided tours, museums and stand-up comedy. Now let’s be honest, it all sounds bit too intriguing to ignore while you catch forty winks. So check out our London nightlife guide and start planning right here and now….

Clubbing It in London Style

What’s your idea of a great nightclub? Pounding techno? Vibrant Live music? Packed and heaving dance floor? All of it doesn’t really matter, because the nightclubs in central London and beyond deliver all of that and so much more. Below are few of the many great nightclubs you must visit during your time in London.

Fabric in Farringdon is the kind of super club that’s known from Berlin to Bombay. Its legend is built on three rooms offering a dizzying blend of techno, electro and disco music. Pop some moves on the ‘bodysonic’ dance floor, take in a grime or drum ‘n bass set from a visiting superstar DJ and soak up the kind of glamour-packed adrenalin rush that only central London nightlife can deliver.

More than 1,000 people can pack into the legendary Heaven and while its location, close to Charing Cross Station, might not sound glamorous, the three floors packed with revellers lured from all over the world are the last word in chic nightlife style. Club nights to look out for include Popcorn on Mondays and the infamous G-A-Y on Saturdays.

Nestling under the railway arches, Cargo pulls in a warm and friendly clientele attracted by the diversity of the club nights and music on offer. Make sure you’ve got the energy to party into the night by fuelling up on signature Cargo pizzas, platters and burgers.

Ministry of Sound shows how it’s possible to stay hip for 25 years without even beginning to show your age. Four bars, fours dance floors, five rooms and a record label are testament to a nightlife juggernaut that’s till packing the punters in. Superstars like Paul Oakenfold still do their thing at Ministry of Sound, so book in advance and arrive early to dodge those queues.

The Home of the Pub (And The Bar)

It’s not clear if the UK invented the concept of the pub, but the bars and pubs in central city are testament to the fact that London has perfected the idea. It’s all about variety and a place to suit every London night out – from soaking up a view of the Thames to partying around the rooftop bar, from flashing the bling in a cocktail bar to cheering on your team in a sports bar – whatever you’re looking for the pubs in central London have got it.

This one’s for the bookworms out there, the Spaniards Inn in Hampstead is mentioned in The Pickwick Papers by Dickens and Bram Stoker’s Dracula. Head there for the beer terrace on a spring or summer afternoon or visit in winter and hunker down next to the roaring fire.

Beer and Ping-Pong is such a great combination that we have to wonder what took people so long. Bounce, is a Ping-Pong pub with branches in Farringdon and Old Street. The off-kilter combination of cocktails, food and ping pong tables pulls in a hip and diverse crowd.

If you’re a football fan then Bar Kick is the place to head for. Games are streamed live on TV screens and as if that wasn’t enough you can try your hand at table football while you sample delicious food and cocktails. If you’re lucky, they’ll host one of their famed basement events while you’re in London.

Looking for a tranquil environment and fantastic views? Then head for the rooftop bar of the Trafalgar St. James hotel, where the only things tastier than the panoramic views are the premium cocktails on offer.

All the Nocturnal Fun For A Budget Price

Let’s be honest, a lot of London city nightlife is pretty expensive. The good news is, it doesn’t have to be. There may be no such thing as a free lunch, but there are plenty of cheap night’s venues in London to choose from….

There’s simply nothing that’s more fun that throwing your head back and roaring with laughter, and that fun doesn’t have to come at a cost. Places like the Camden Head and The Bill Murray host the free Angel Comedy showcase, while the Top Secret Comedy Club (which really isn’t at all secret) is free or just £1 to enter most evenings, and you might just catch a future stand-up legend honing their set.

London Big Night Out is the longest running and biggest bar crawl in the city and has been crawling those bars since 2009. Each crawl means joining as many as 300 revellers and you can also book your ticket at London Backpackers. You don’t just get a guided tour, but will also receive a cheaper night out with discounted drinks, free shots and the chance to jump the queues at clubs.

West End shows are amongst the best in the world but the tickets can be very expensive. Get round this by heading down to the TKS booth in Leicester Square for cut price tickets to lots of major shows which can be snapped up on the day of performance.

You can hardly turn a corner in London without stumbling across a high-end restaurant. If you’re looking for cheap food that’s just as delicious, then take a trip to a street food hub and tuck into quick, tasty food from all corners of the globe to fuel you up for a night on the town. Street Feast have a range of venues like Model Market in Lewisham and Dinerama in Shoreditch, while the traders at super cool Flat Iron Square offer deliciousness to pick up and savour.

It’s been said before but it’s always worth repeating – one of the best ways of exploring London is to get around on foot. Few things bring you closer to the streets than strolling along them, and guided tours at night bring the added bonus of throwing in thrills and chills. Experience those delicious scares on the late night Jack the Ripper tour for only £10 or Sandeman’s New London Grim Reaper tour for £14.

Stay the Night In A Budget London Accommodation

Accommodation is often the expense that breaks the bank when you visit London, but it doesn’t have to be. Book a stay with London Backpackers and you can enjoy clean secure rooms and fantastic facilities for the kind of budget price that leaves you with plenty of spending money for your night out. Along with a cosy bed in a shared or private room, we also provide free Wi-Fi, kitchen, laundry facilities, a games room and everything else you need to make the most of this fantastic city.

Drink at Cheap Bars in London

If you and your friends like toasting each other but don’t want to burn through your spending money, then hit the bar for low cost cocktails at Ridley Road Market Bar in Dalston, or try Frank’s café for affordable drinks accompanied by stunning views of south London.

The museums of London are some of the best in the world. During the day they may be packed with tourists and school parties, but at night a whole new world of culture, history and art opens up. Many of the best host events including lectures, performances, workshops, DJ sets and drink receptions, amazingly – just like entry to the museums – lots of this is provided free of charge. Try the Camden Arts Centre, British Museum and National Gallery for starters, and then get exploring.

Soak Up the Views from the Sky Garden

How do you get a great view of London? You pay to go to the top of the Shard, right? Wrong. You book a free spot at London’s Sky Garden in Fenchurch Street.

Art night is an arts festival with a difference – it takes place entirely after dark. Following a trail across London you get to soak up a free one-night programme of performance, contemporary art, music and architecture, stretching from early evening until the first light of dawn.

The river Thames is an iconic body of water and it looks even more spectacular when lit up at night. The Illuminated River proves this point in spectacular style by transforming 15 bridges into a stunning, river wide work of art. Take a trip on a Thames Clipper Illuminated River Guided Boat Tour to learn about each of the bridges as you drift under them.