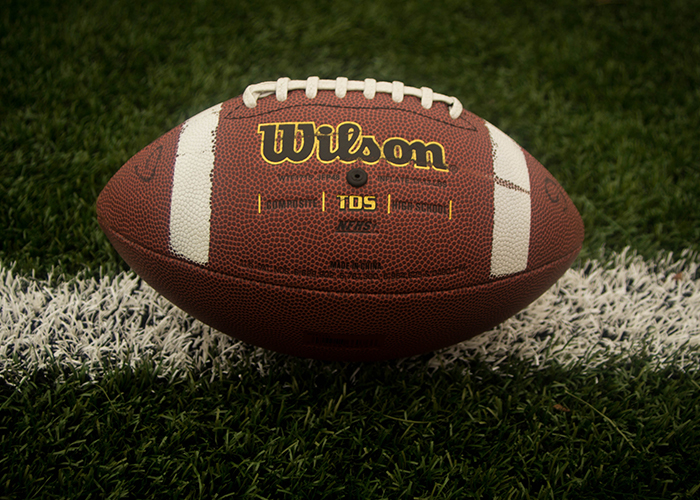 London is home to a wide range of sports and sporting venues, including cricket, football, horseracing, rugby and tennis. If you enjoy any of these sports, you’ll definitely want to have a look at our guide to sporting attractions in London.

Cricket is a sport that is unique to Britain —not only did it originate from there, but because of the running joke that only the British could possibly understand it. In reality, it is a very challenging sport that requires training, strategy, and carefully orchestrated plays. Indeed, cricket has a special brand of thrill and excitement that no other sport can offer.

The British are very proud of cricket, and passionately follow the cricket tournaments and pledge loyalty to particular teams. It is similar to the passion that Americans feel for football, but with the added distinction that this is a sport that truly belongs to Britain. However, interest in the sport is slowly spreading to the other countries, largely due to the international broadcasts of the games on international cable.

Most cricket fields are conveniently located near hotels, whose bookings sharply rise before an important match. This also provides an opportunity for tourists to come and watch a game during their stay—if only to experience firsthand this unique sport.

There are two well known and more common cricket playing fields: the Oval Cricket Ground in London , home of the Surrey Cricket Club, and the Lords Cricket Ground. Though Lords is considered the home of Cricket, the Oval has played an integral part in the history of the game, and is considered one of the best arenas in England .

Both cricket playing fields are conveniently located near the hotels. For a schedule of the matches, approach the hotel desk or check the London newspapers. Tickets are available at the arenas.

At the peak of cricket season, especially nearing the championships, it may be difficult to get tickets or even to find an available room at the hotel. Tourists should arrange their schedule and make the necessary reservations.

Even if you’re not a great fan of horseracing you will have heard of Royal Ascot. To read a bit more about this famous horse racing event, racing enthusiasts should read our guide to horse racing in and around London.

London takes pride in holding annual horse racing events that is closely followed by local and visiting folks. The most famous venue is the classic English town of Ascot , and racing enthusiasts often make a special trip to watch the key events, particular the Royal Ascot Race Meeting tour. During this peak season, it is often difficult to get conveniently located accommodations—such as the Brockenhurst hotel, strategically nestled in the town proper—because of sheer demand. Because of this, it is advisable to make reservations in advance.

This hotel boasts of world class facilities and events, well maintained surroundings, and convenient access to local amenities that provide tourists and guests will the best possible accommodations and comforts. The outdoor gardens are a pleasure to explore, while the restaurants give a satisfying sampler of British cuisine merged with international flavours.

The summer months are the busy seasons for the hotel. Many of its guests time their stay during the annual horse racing events, which usually span 5 days on the average before winding up its festivities. The Brockenhurst Hotel provides the perfect accommodation, and offers a wide variety of suites to suit the needs and budgets of its guests.

The Ascot races, and other key horseracing events, attract both the most skilled riders and the most distinguished personalities. It is not uncommon to see European royalty watching the games, as many of them have professed to having an interest in the sport and are excellent equestrians in their own right.

Indeed, horse races are considered glamour events, and some people go there not to watch the horses but the guests!

Nevertheless horseracing is a sport that demands true skill and strength, not only from the thoroughbreds that participate in it but the jockeys who masterfully guide their steeds to the finish line. It is truly an event worth seeing.

Consider a pilgrimage to the great London football stadiums to see where the action all happens. For further details of London football clubs and their stadiums, have a look at our guide.

London Football, also called cricket, is a much celebrated sport in the city. Stadiums are located all around London , and each one has bore witness to their own share of heart stopping matches, heartbreaking defeats, and triumphant victories. These milestones are on display, both as a tribute to the greatest teams and athletes, as well as the history and development of the sport as a whole.

Many of the stadiums are conveniently located near hotel accommodations. It may be difficult to book a room during the peak season, especially during key matches and championship games, so be sure to make reservations.

The more famous stadiums are the Chelsea Football Club Stadium, Tottenham Hotspur Football Ground, and the Fullham Football Grounds. Each having their own unique background and history, and for London football enthusiasts, their fields are already a familiar sight from the international broadcasts of the sport. However, being in a football stadium possesses its own unique appeal, whether it be a visit of the stadiums’ exhibits or (if you’re lucky enough to get tickets) to watch an important game. The experience is more real and visceral. Aside from seeing the match, you hear the screams, you feel the foot-stomping, you have an entire multi-sensory experience that can’t be communicated through cable TV.

While the Football stadiums may not be a priority tourist destination for non-football fans, it is a must-see for anyone who has an interest in the sport. Consider it a pilgrimage to the London football greats, even a duty of a fan to know and touch where the action all happens. It is also possible to get football souvenirs from the football stadiums—the best gift for the buddies back home, or a unique memento to be cherished.

Visitors can see the development of Rugby and look up close at artifacts from various periods of its history at the Museum of Rugby and Twickenham Stadium. For more details, have a look at the London Rugby guide provided below.

Rugby has been described as football without protective gear, but there is more to it than the banging of bodies and a mad race to run across a field without being hit or tackled by an opposing player. It requires agility, technical skill, strategy, and gracefully orchestrated moves—made even more interesting in that one wrong move could lead to heavy injury.

In general, a rugby team consists of 15 players, with 7 substitutions of players permitted during a match. One .game usually lasts for 80 minutes and is divided into two 40-minute halves. It has no time-outs, forcing players into a test of endurance and the ability to make split second decisions without the benefit of a coach.

The game was said to have originated at Rugby School in Rugby , England , where a student supposedly picked up and carried a ball during a football game in 1823. This uniquely British innovation was adopted and modified by other English schools, and in 1871, the English Rugby Union was organized to create a standard set of rules.

Aside from being allowed to carry the ball, Rugby is different from American football in that the ball is oval and slightly more blunt in shape—making it easier to bounce and kick.

Today, Rugby is one of London ‘s most beloved sports, and when tournaments and other sporting events are held in its coliseums, the nearby accommodations are packed. Visitors who wish to see a match should take appropriate steps in booking accommodations long before an important game.

Visitors can see the development of Rugby and look up close at artifacts from various periods of its history at the Museum of Rugby and Twickenham Stadium. Exhibits include trophies, jerseys and individual achievements by the various players who have contributed so much to the development of the sport. There are also interactive touch screen media displays.

Wimbledon is one of the most important events in tennis, and draws the sports’ best athletes in a tight battle to be named its champion. Its courts have seen the likes of tennis legends like John McEnroe and the newest generation of tennis stars like the Williams sisters. And during Wimbledon season, thousands flock to its stands to cheer on their favorite players. The annual event is also broadcast all over the world, making the Wimbledon courts a familiar sight even to those who haven’t visited London.

However, a trip to the Wimbledon courts is still very different from just seeing it in TV. Aside from the inexplicable thrill of actually setting foot in a place where tennis legends are made (and then defeated by the next generation of players), it has special sights that lurk beyond the frames of the TV camera.

Visitors are treated to an interesting tour of tennis history at the Museum Visitor’s Centre, which replaced the old Wimbledon Lawn Tennis Museum. There is no admission charge, and the exhibits (which include photos and mementos from various chapters of Wimbledon ‘s history) provide a fascinating overview of how the sport has evolved over the years. It also helps explain why Wimbledon plays such a huge role in tennis, and why its tournaments are viewed with such respect.

The Wimbledon Shop is an excellent source for souvenirs and original merchandise. Whether you’re buying it for yourself or for friends back home, it allows you to bring part of the great Wimbledon tradition with you. It may not be the same as actually winning a Wimbledon championship, but with these mementos hanging on your wall and memories of your Wimbledon tour to share with your friends, you certainly have an advantage over those who have only seen the courts on TV.