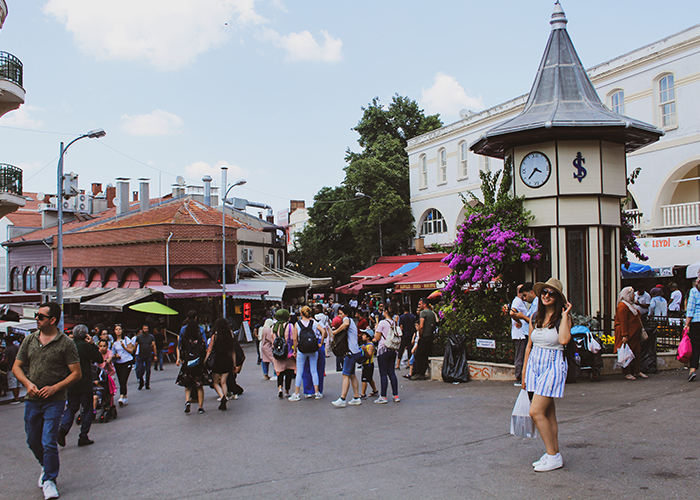 The seaside town of Brighton

While everyone goes on vacation in order to relax, unwind, escape from the hectic day-to-day grind, and experience “a change” from their usual activities. Brighton gives all that, and more. This charming seaside destination not only gives an excellent view of the ocean, visitors can grab their floppy hats and take short but pleasant walks along the shore. The soft breeze, the colorful sunsets, and the calming sound of the waves lapping on the beach are truly a taste of paradise.

Brighton also offers many specific sights, such as the Royal Pavilion, built by the Prince of Wales, and the Sussex countryside, which provides an entirely different ambient experience from the rest of London.

Brighton’s culture, architecture, and fantastic view make it a good destination for hose who want to sample a little bit of all that London has to offer.

Many of England ‘s greatest poets and novelists found inspiration from the sea, and a stay at Brighton —watching the waves, feeling the sand underneath one’s feet—make it easy to understand why. The ocean has a way of recharging even the most tired and weary souls. The fresh air also does wonders for one’s health; historically, doctors used to prescribe a vacation by a seaside to people who had “a weak constitution” or were recovering from an illness.

England ‘s royalty are beloved by people from all over the world, being one of the most visible monarchs and a symbol of fine traditions and the grace and elegance of the old world. Brighton gives visitors an opportunity to experience the life of royalty up close, through a tour of royal estates. Lovers of art will also appreciate the various portraits or artifacts, which not only display fine skill (as part of a royal collection, they can be considered some of England ‘s best) but provide a glimpse of the culture and history of the region.

The Beatles Tour in Liverpool will take you around the Beatles sites that include: Penny Lane , Strawberry Fields, Jacaranda, Grapes, Ye Cracke, St George’s Church , boyhood homes & hangouts, Liverpool Art College . Tourists also get to enter the boyhood home of John Lennon at Mendips and Paul McCartney’s boyhood home on Forthlin Road . Depending on the time available, other Beatles areas can still be visited.

Accommodations and prices for the London Rock and Roll tour vary according to the size of the participating group. Itineraries can also be changed to suit individual preferences and schedules. These tours are available from Saturday to Tuesday. Even more conveniently, an individual who wishes to go solo can still take the tour with the necessary vouchers and detailed itinerary.

Stonehenge may well be the oldest surviving architectural structure made by man. Archeologists estimate it to have been built sometime during the Neolithic and Bronze Age era. The cluster of stones is said to have been constructed between 2500 and 2000 BC, and the circular earth bank and ditch at around 3100 BC.

The word “Stonehenge” is said to have been derived from the Old English word “stan” meaning “stone”, and either the word “hencg” for “hinge” or “hen(c)en”, which translates to gallows.

In 1986, Stonehenge and its immediate surroundings were included in UNESCO’s list of World Heritage Sites. It is owned and managed by English Heritage and is a legally protected Scheduled Ancient Monument . This magnificent post-and-lintel stone structure can be found near in the English town of Amesbury , Wiltshire, which is located 8 miles north of the small, cathedral city of Salisbury , and around 90 miles west of London.

There are several ways by which tourists can reach the famed stone structure. If you’re familiar with the streets of London , then from the airport, you may drive directly to Stonehenge . There are different routes coming from both airports, but once you reach the M3 Basingstoke, Junction 12 motorway, there is only one route to the famed monument.

If you’re unfamiliar with the terrain, might as well take the scenic route and go by Coach. Coaches to Amesbury (not Stonehenge) run from the Heathrow Airport and the Victoria Coach Station in Central London . If you’re coming from Gatwick, you have to go to either one of these stations first, and take the coach to Amesbury. Once at Amesbury, you can either walk (it’s just 2 miles anyway) or take ride on one of the local buses or taxis.

Finally, you can reach Stonehenge by train. If you opt to go by train, you need to depart from London ‘s Waterloo Station. A train journey lasts about an hour and half and the nearest station to Stonehenge is located at Salisbury . From there, you’ll probably need to take a bus or a cab to the site.

If you wish to spend the night, you can stay at one of the two available accommodations in the vicinity. The Mandalay Guest house, located about a mile and a half from Stonehenge is probably the closest bed and breakfast accommodation you can find. Mandalay has five non-smoking bedrooms each decorated tastefully and equipped with a colour television and en-suite bathroom. From Mandalay , guests need only to walk 20 minutes to reach Stonehenge.

The other accommodation alternative is the Stable Cottage in the village of Potterne . As the name implies, the Stable Cottage used to be a stable in the 17th century. Since then it has been converted to a guest house. This historic accommodation has a lounge, kitchen/diner, one double room with en suite shower room and toilet. The cottage is also equipped with electric heaters, refrigerator, microwave, colour TV, video, CD radio cassette. There is also a parking area for one car.

To preserve the condition of the accommodations both are non-smoking areas, and pets are not allowed in the premises.

Check out our Guide to Oxford and Cambridge before embarking on a trip to two of Englands most famous University Cities.

Oxford and Cambridge are some of the most respected universities in the world, with a fine tradition of scholarship, and a reputation for exacting standards.

Oxford is the oldest English-speaking university in the world, and has been open for almost 9 centuries. Some form of teaching existed by 1096, but the university experienced a rapid stage of development in 1167, when Henry II banned English students from attending the University of Paris. Oxford ‘s first overseas student was Emo of Friesland, who enrolled in 1190. This began the University’s tradition of international scholarly links.

By 1201, the University was headed by a magister scolarum Oxonie, on whom the title of Chancellor was conferred in 1214, and in 1231 the masters were recognized as a universitas or corporation. In 1355, Edward III paid tribute to the University for its invaluable contribution to learning; and the role its alumni played in the development of society.

The University of Cambridge is the second-oldest university in the English-speaking world. It has a long history of competing with Oxford (what has become known as the Oxbridge rivalry), primarily because of the constant comparison of the two as the most elite and prestigious universities in the United Kingdom.

The University of Cambridge sets very high standards of academic excellence, and its distinguish alumni are proof of the kind of training this school provides. Affiliates of Cambridge University have won a total of 81 Nobel Prizes, more than any other university in the world. Among these winners, 70 had attended Cambridge as undergraduates or graduate students, rather than as research associates, fellows, or professors. Cambridge University also ranks highest in league tables of British universities.

Cambridge also has the highest endowment of any European university, with 2005 estimates hitting £2.7 billion to £3.1 billion (estimates of Oxford ‘s endowment ranged from around £2.4bn to £2.9bn in 2005). A great part of its income comes from funding by the UK government.