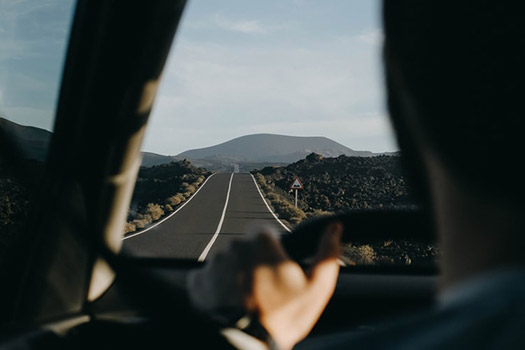 Staying at London Backpackers hostel makes it easy to make the most of your stay in London. The central location means that the tourist attractions, historical sites and cultural meccas that bring millions of people to the city every year are just a short journey away. The accommodation itself is clean, comfortable and secure, and comes with facilities which include free linen, complimentary breakfast, free Wi-Fi and the use of a fully equipped laundry, kitchen and games room. Put all of this together and you have the ideal spot to explore not just the city but also day trips to some of the most appealing places in the UK.

Margate is a traditional British seaside town with a truly modern twist. The arrival of the Turner Contemporary Gallery in 2011 put it on the cultural map, and it is now packed with the kind of young, hip and exciting places to eat and drink that you’d expect to find in London itself. The added bonus of Margate is that it also comes with a beach, a retro-theme park called Dreamland and the chance to combine browsing in boutique vintage outlets while sampling fish and chips and an ice cream cone.

Margate is two hours from London by car, being 76 miles away, and it can also be reached by train, with a trip from London St Pancras International taking roughly an hour and twenty-five minutes.

The figure of Shakespeare looms over Stratford-upon-Avon larger than anything else, but it has much more to offer besides the greatest playwright that ever lived. You can explore the canal basin on a long boat, stroll the rich historical cobbled streets and make the most of a thriving local food and drink scene. Of course, while you’re there, you’ll probably also be tempted to take a look around Shakespeare’s house and the home theatre of the Royal Shakespeare Company.

Stratford-upon-Avon is 104 miles from London. It takes two hours to drive there and two hours, 15 minutes by train from London Marylebone.

One of the most fascinating aspects of the ancient standing stones of Stonehenge is that nobody – not even the experts – are quite sure why it was built. Ancient calendar? Primitive church? The site of terrible sacrifices? The best way to decide is to go along for yourself, soak up the unique atmosphere and see if the stones say anything to you… Whether you travel in winter or summer you’ll also get to enjoy some of the spectacular scenery of Wiltshire.

You can take a train from London Waterloo to Salisbury once every thirty minutes, with the journey taking ninety minutes. Once at Salisbury, you just take a ride on the Stonehenge Tour Bus direct to the site.

Brighton is often given the nickname ‘London by the sea’ and it’s not difficult to see why. In addition to the long single beach and rolling waves, it boasts a cosmopolitan atmosphere, boutique shopping opportunities and the kind of open, inclusive feel you’d expect to find in the capital itself. The hip, bohemian face of the town, offers the chance to explore the delights of a traditional UK seaside break, including an iconic pier and the baroque architectural splendour of the Royal Pavilion.

Trains travel to Brighton regularly from London Victoria and London Bridge, taking around an hour.

Many UK cities like to call themselves the most beautiful, but Bath has a better claim than most. With its combination of incredibly well-preserved Roman baths and stunning Georgian architecture, it offers a magnificent backdrop of crescents, squares and sweeping avenues. If the Roman and Georgian history doesn’t completely satisfy your interest in the ancient past, you could also climb the top of the tower at the huge medieval church of Bath Abbey.