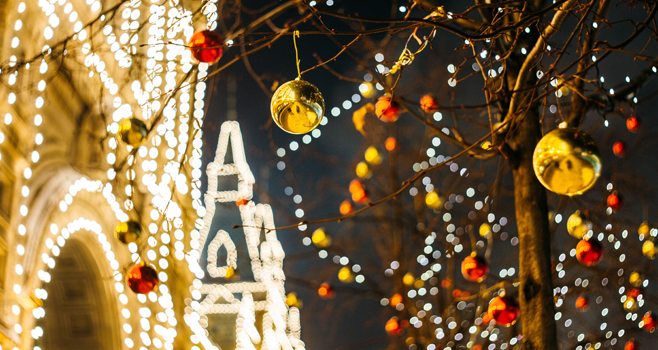 London is one of the most exciting cities in the world at any time of the year, but this is especially true at Christmas. come from all over the world to experience the magic of Christmas in London, from the Christmas lights of Oxford Street to the fantastic shopping on offer. Backpackers hostels in London offer affordable, comfortable, clean accommodation within easy travelling distance of all of the London Christmas treats. Book a room in a London Backpacker’s youth hostel and look forward to enjoying everything that Christmas in London has to offer. The following are just a few suggestions for having seasonal fun when you stay at one of our youth hostel in London:

Sing a Christmas Carol or Two

In the weeks leading up to you can gather under the Christmas tree in Trafalgar Square to join more than 40 choirs who’ll be singing a selection of Christmas carols old and new. Not only will you get to join in with classics like ‘Away in a Manger’ and ‘Once in Royal David’s City’ but you’ll also be helping to raise funds for some very good causes, and it’s all free of charge.

Pop along to the South Bank for ‘Circus 1903’, a contemporary re-imagining of a traditional turn of the century circus. Marvel at the skills of the jugglers, trapeze artists and high wire performers and enjoy animatronic ‘elephants’ created by the team behind the award winning stage play ‘War Horse’.

For an after dark treat go along to ZSL London Zoo in Regent’s Park. A trail has been created which is illuminated by more than 100,000 twinkling lights of every colour and comes complete with Christmas surprise around each corner. You can look out for a glimpse of Santa and his elves, spot giant baubles, shimmering stars and snowflakes, listen to a singing tree and marvel at an 11 metre tall Christmas tree made up of more than 365 sledges.

The Southbank Centre’s Winter Festival boasts an atmospheric and picturesque location on the banks of the Thames. Visitors can choose between at a traditional circus, enjoying the food and drinks on offer from all around the world or picking up a few gifts at the artisan market stalls.

Greenwich Market is home to more than 150 stalls, selling everything from original works of art and designer fashions to pocket money stocking fillers and hand crafted souvenirs. After exploring the market itself you could take a stroll around Greenwich, taking in the Christmas lights and treating yourself to a snack from one of the many food stalls you’ll find lining the streets.

More than just a market, Clapham Common is home to an entire alternative Christmas Festival known as Winterville. As well as a craft fair and an indoor market packed with local designers selling unique hand-made gifts, you’ll be able to enjoy a maze, a forest cinema, a roller disco and crazy golf.

Fortnum and Mason is one of the most beautiful department stores in London, famed for its food and drink more than anything else. If you really want to push the boat out you could treat yourself to a Fortnum and Masons Christmas Hamper, packed with goodies like specialist teas, champagne truffles and fine red and white wines.

Nobody loves Christmas more than children, or even grown-ups who want to act like children, and the good news is that London is home to some of the greatest toy shops in the world. These include the iconic Hamleys, big names like the Harry Potter and Lego stores, and traditional outlets such as Benjamin Pollock’s Toyshop, which stocks a dazzling range of traditional toys and paper theatres.

Christmas is a time for indulging yourself, so why not sip a glass or two of something delicious on one of London’s luxury cocktail bars? The American Bar at the Savoy is regarded by many connoisseurs as being the best cocktail bar in the world. The Sky Lounge at the Hilton Doubletree Hotel allows you to take in stunning views of the London skyline while you sip your drink, and Purl offers cosy traditional alcoves in which to relax.

As the cold bites and the snow (hopefully) falls, you can keep warm by enjoying a drink or two in a cosy, traditional London pub. The Holly Bush in Hampstead has wooden floors, open log fires and an exterior that looks like something off a Christmas card. The Nags Head in Knightsbridge keeps things ultra-traditional by having a ‘no mobile phones’ rule and Ye Olde Mitre, tucked away among the back streets of Holborn, is more than 500 years old and was once frequented by Queen Elizabeth 1st.

If staying at one of our cheap central London hostels enables you to save plenty of money, you could treat yourself to an unforgettable meal at one of London’s many Michelin starred restaurants. These include Dinner by Heston Blumenthal, The Dining Room at the Goring and The Glasshouse.

Every Christmas, Hyde Parkis home to the Winter Wonderland. This is a huge event packed with attractions for all ages. Highlights include a selection of amazing roller coasters, a Christmas Market, Ice Sculpting Workshops a Winter Wonderland Comedy Club and Christmas food and drink.

There are numerous ice skating rinks across London over the Christmas period. Amongst the most spectacular are the rink in front of the Natural History Museum and one located in the courtyard at Somerset House. At the latter, you can also enjoy shopping at Fortnum’s Christmas Arcade and skate under the stars at a Skate Late club night.

There are almost too many spectacular Christmas lights in London to take in, so why not enjoy the magic of them all in one go with a Christmas Eve open top bus tour? Lasting 1 hour and 45 minutes, the tour takes in all of the festive decorations and lights as well as iconic attractions such as Buckingham Palace, Big Ben and the London Eye.